Going To The Big D for Idol

Well, this time, the Big D does in fact mean Dallas Texas.  Everything is bigger in Texas.  Including this.  What's this?  Well, I'll answer that by saying...

The Jerry Dome, aka, The New Cowboys Stadium, is hosting 11,000 people hoping to all be the next American Idol.  And today's guest judge... Neal Patrick Harris, who has probably "grown" on more people in the last few years than anyone in history... not only is he Doogie, he's Barney on the wildly popular "How I Met Your Mother", and those are those hilarious turns in the "Harold & Kumar" films... 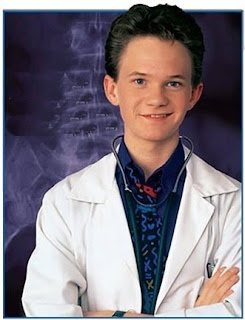 ...and I'm sure, all these years later, he's tired of people calling him Doogie Howser.  I don't blame him... I loved that show when I was a kid, it was one of my Top Ten Shows of the 90s, I'm sure, but its almost 20 years since that show first came on.  He's not Doogie Howser.

Though "Doogie" is sooooo much easier to type than "Neal Patrick Harris".  So, for the purposes of this blog, "Doogie" it shall be.  Mr. Harris, if you are reading this, my apologies, I love your work and I met you in real life, I'd call you "Neal".

Back in Season 1, Kelly Clarkson auditioned in Dallas, and went on to win the whole shebang.  They show a chick named Julie who also auditioned, singing destroying "Lady Marmalade"... and now?  In 2009, she's back.  Julie Kevelighan is singing manhandling "Black Velvet"... and Doogie goes straight to her, telling her simply that it wasn't good, and even pokes fun at her sign.  So what does Julie do?  The classic, "I'll sing another song, and make them go 'wow!  we were mistaken!'"  Then after they all say no... she goes into a third song.  Then a fourth.  Then security comes and shows her the door.  Outside, she offers to do a song for Ryan, who quickly cuts her off with "no, no, all the judges decisions are final".  And as she walks out, she attempts "Black Velvet" again.

The word dilusional comes to mind.  But, we're not talking about The State of the Union, we're discussing American Idol.  Oooh, burn!!

And here Lloyd Thomas, who calls himself Big Something or Another Sexy, and he likes to do the robot... he shows off a picture of his daughters, and talks about living in the projects and such.  Somewhere, Cindy Jo is laughing hysterically.

"Overjoyed" by Stevie Wonder is his song of choice... and let me say, Stevie is a master and this is an oft overlooked song out of the catalog of Stevie, one I really like.  Lloyd Thomas sounds really good, and he's got a great personality.  I'm kinda glad he didnt robot during the song though, that might have killed it.   Randy the Dawg says yes.  Kara the Hotness says yes.  Simon Cowell says yes.  Doogie the Howser says yes.

And apparently, it was a tough morning.  Doogie and Simon disagree alot, and here comes our next contestant.

Kimberly Carver is doing an original song (The Lovely Steph Leann:  "oh, this could be bad") and she snaps into it.  Lots of wailing and loud singing, but not a bad tune.  The song itself was kinda good, and she's got a decent voice.  Randy loved it, Doogie liked it, while Simon thought Kimberly was completely unoriginal.  Kara the Hotness also liked her lots, so she goes through.

Kimberly runs outside and says, "Simon hated me... but Doogie loved me!  I'm going to go back and watch all of Doogie Howser!"

Dexter Ward... okay, okay, The Ambiguously Gay Dexter Ward comes in.  (The Lovely Steph Leann: "Oh, this is going to be really bad").  He's going to sing Shai's "If I Ever Fall In Love"... okay, so imagine doing an impersonation of the gayest guy you could think of, tossing every stereotype in there--limp wrist, sasha walk, bad lisp--and you've got this guy.  Halfway through the song, The Lovely Steph Leann says, "Wait... uh... oh, I didn't know what that song even was until just now.."

Four no votes.  The Ambiguously Gay Dexter goes outside and cries.  As do a number of other failures in life.  EPIC FAIL!!!

Erica Rhodes comes in, and she plans on leaving an impression.  She used to be on "Barney & Friends" back in the day--The Lovely Steph Leann remembers the chick from the old clip--and so how does she come in?  With a whip.  With a black leather outfit and a big, long whip.

On Randy's request, Erica sings the Barney song... and sounds great.  Her real song is "Free Your Mind" by En Vogue.  Using the whip, she snaps a few times, and channels her inner blackness... she kinda sounded better singing The Barney Song.   She wants to tell people that "Barney kids grow up..." and Doogie adds, "...to be naughty little girls!"

Randy, Doogie, Kara the Hotness and Simon all give her a yes vote.

Day One auditions are winding down, and the final contestant of the day... and whats this?  Do we have a backstory?  Yep.  Dave Pittman, from Gassville, Arkansas, is dealing with Tourette's Syndrome.   Cindy Jo is making fun of this guy as we speak. 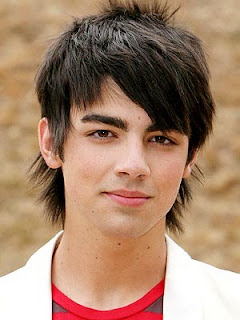 He's gonna sing some Sam Cooke... he's not brilliant... but he's good.  Good enough to move forward, or it should be, anyway.  They like his voice, and he gets four yes votes... onto Hollywood!   The Lovely Steph Leann really liked him too.  So, Twitchy Pittman heads to Cali!

For Day Two?  Joe Jonas.  Yep, one of the JoBros.  Poor guy, they give Doogie almost 45 minutes of the episode, and Joe Jonas gets about 15 minutes or so.  Did you know that Kevin, Nick and Joe Jonas have a little brother called Frankie--they nicknamed him "The Bonus Jonas".  I personally think that is hysterical.

Todrick Hall comes up first on Day Two, who starred with Fantasia in "The Color Purple" on stage, and he sings his own clever, awesome Idol ditty... and I really liked this guy.  He kinda reminds me of Trey Lorenz, who backed up Pre-Skank Mariah in her MTV Unplugged performance of "I'll Be There", then had his own hit song called "Someone To Hold", which rocked my 16 year world back in the day.

Dawntoya makes it through.  So does a number of other people they just flash through, like Stephanie Doulang.

And Maegan Wright is from Texas, and is bringing her little brother along to audition.  Her little brother is kind of a dork, actually.  She is singing "To Make You Feel My Love", done by Billy Joel, made more popular by Garth Brooks.  She reminds me, dare I say, Carrie Underwood.  Soft spoken, needs some work, has some real potential.

The Lovely Steph Leann notices like I do that all Joe Jonas is doing is saying "Yes", or at least that is all they are showing him do.

Vanessa Johnston is a totally annoying chick that I am hoping fails miserably, just so I won't see her again.  She's going to sing maim "At Last" by Etta James... she starts, Randy groans, Kara the Hotness bites her finger, Joe Jonas looks around and Simon looks miserable... and The Lovely Steph Leann, wordlessly, covers her face with a blanket.

"If anyone ever asks me in my life what my nightmares look like, I'm going to refer to that...." Simon says.

Four no votes.  Thank you, judges, thank you.

Here's a Simon montage on how miserable and miserly he can be... Ryan says, "Its hard being Simon Cowell", right before they show two huge houses and a stack of money.

Finally, here's Christian Spear, who was diagnosed as a child with cancer.  Its sad.  Its weepy.  I'm not sure if Cindy Jo is rolling or dehydrated from crying.  Anyway, Christian is singing some Etta James, and sounds great.... all four judges love her... Joe Jonas even says a full sentence.  Christian gets four yes votes, and she's on her way!

From Dallas, we send a total of 31 to Hollywood from Dallas... but here's who stood out for me tonight... Todrick Hall... Lloyd Thomas... Maegan Wright... Erica Rhodes

Next week?  American Idol is headed to Denver Colorado!  Looks like Posh Spice is back as a judge!  Maybe, just maybe, she will eat a sandwich and double her weight!

And for your viewing/listening pleasure, here's Trey Lorenz, circa 1992, with "Someone To Hold"....